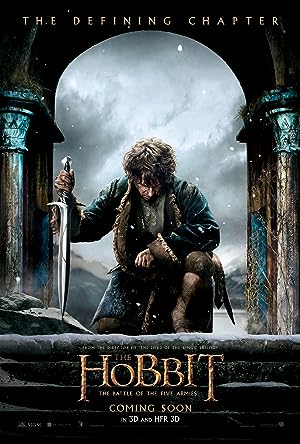 After the dragon came out of Lonely Mountain, the lake saw the people of the city in danger. Arcs, dwarves, elves and people prepare for war. Bilbo sees Thorne go crazy and tries to help. Meanwhile, Gandalf has been rescued from Nekro Mesir’s prison and his rescuers have no idea who Nekro Mansir is.
Bilbo and King Thorne were forced into battle by Okneishield’s company, led by Ozg and Bolg, led by Orandia of Gundabad and Moriah, and by Chief Leader Siren. It is a notable battle with Eberber and Iron Hills, the Elves of the Woodland realm, the people of Lettown, led by the Eagles, Radgast and Bourne, and the Orcs of Gundabad and Moriah. How will this war end?